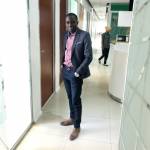 Seventeen-year-old organizer says she wants to use the initiative to reach others for Christ.

Skylar Robinson, a 17-year-old member of Tabernacle of Praise Church in Spanish Lake, Missouri, United States, wanted to make a difference after seeing her peers losing their lives to gun violence.

“We’re losing too many young people. I became fed up when Jurnee Thompson, an innocent eight-year-old girl, was shot along with four other victims in a parking lot near Soldan High School on August 23, 2019,” Robinson said. Jurnee died from her injuries.

“I ran into my mother’s room and told her about the shooting. With tears in my eyes, I told my mom, ‘This has to stop!’ Her response was, ‘What can you do about it? It’s the world we live in.’ At that moment, I felt motivated to make a difference,” Robinson said.

That incident inspired Robinson to organize a public event. On Saturday (Sabbath), September 28, Tabernacle of Praise hosted an event called Stop Talking About It and Be About It — Putting a STOP to Gun Violence Summit.

About 120 people attended the summit, which included, among others, real-life dramatizations, singing, poetry, a QA panel, and a reflection from a mother who lost her son due to senseless gun violence. “Our goal was to have attendees leave with a sense of hope,” Robinson said.

Participants concluded the summit by praying over three families who recently lost their teen sons to gun violence, and gave the families a love offering. Attendees 13 to 39 years old received a copy of the book Stop The VIOLENCE by Christopher C. Thompson.

As of November 2019, 25 children in the St. Louis area had been killed by gunfire in that year alone, according to official statistics. Robinson has been personally affected by gun violence, having lost two relatives to shootings — a cousin and an uncle.

“Their deaths made me very angry, but instead of being negative, I decided to do something positive,” Robinson explained. She was convicted to get other youth at her church involved, so she decided to create a movement.

Robinson told her pastor, Claval Hunter, about the movement, and laid out plans to organize a summit that would allow face-to-face interaction with people from the community, including troubled youth and families who lost children due to gun violence.

Robinson said this is only the first of multiple summits and that the next summit will be filled with even more youth. “I know God has and will continue to bless. It is evident because I have had youth outside the faith reach out to me on social media, telling me they would like to join the movement,” she said.

The team planned to gather every first Sunday to plan community outreach projects for that month. Among the anticipated projects were feeding homeless youth at shelters, mentoring other young people in the community, praying over troubled teens, and going to high school events to encourage young people to stop the violence.

“I would like for my church to have a mediation center to spread positivity and challenge other youth to lead by example,” Robinson said. She added that she believes churches and schools need to have mediation centers where youth can go to talk out any grievances they have against each other.

“I am a fifth-generation Adventist, and it seems as if we don’t like to step out of our comfort zones to address the issues of gun violence and drugs in our communities,” Robinson said. “We must break that cycle! We live in the last days, and it’s our job to reach out and lead souls to Christ. I believe God can use anybody from any situation. And we must be that connection.”

The original version of this story was posted on the Mid-America Union Outlooknews site.

Missionary Couple Killed in Fire at Adventist Facility in Philippines

‘Christ in Me’ Ministry Reaches Out to African Refugees in U.S. Local Church

You have reached your limit of 5000 friends!

File size error: The file exceeds allowed the limit (5 GB) and can not be uploaded.

Unable to upload a file: This file type is not supported.

We have detected some adult content on the image you uploaded, therefore we have declined your upload process.